Jackson to face Smith for sheriff 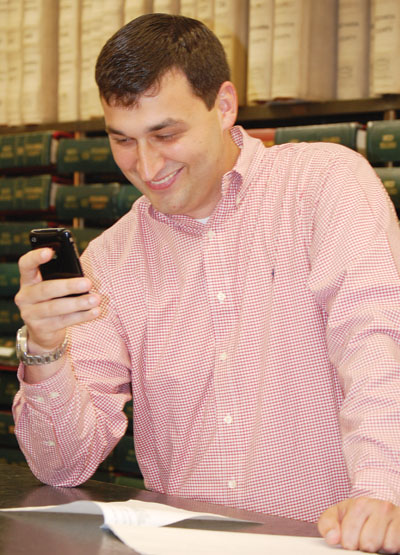 In the District 4 school board race, Democrats Stephanie Agerton and A.G. “Bo” Brantley will face off in a July 13 runoff, while Republican Cindy Jackson eaily beat Monica White Shockley.

Jackson, a political newcomer, is a former agent with the local drug task force and now works in a similar capacity in Pensacola. He beat Albritton 69.5 percent to 30.5 percent, with all but provisional ballots counted.

“I felt like we ran a good race,” Jackson said at a GOP rally on election night. “It’s a good feeling that the community is ready to be pro-active and that everyone is ready for a safer Escambia County. I was very satisfied with the support and outreach of the community that supported me and backed me. I wish everyone could have an admirable candidate like Lloyd Albritton who ran a clean, strong race.”

Albritton said he would encourage his supporters to back Jackson.

Smith, who was at the courthouse as election returns came in, said he was looking forward to the race. “It will be a good campaign,” he said. “Competition keeps you honest.”

Jackson said he appreciates the support of voters.

“The residents have proven they want someone who is aggressive and will put officers back on the streets,” he said.

Agerton, who was at the courthouse watching election returns, said she is looking forward to the runoff.

“I’m thankful to be in the runoff,” she said. “Hopefully I can get out there and see the folks I didn’t see before. My wish is that voting turnout percentages will be higher than before.”

Agerton said she hoped Hutchcraft’s supporters would vote for her in the runoff.

Brantley could not be reached for comment Tuesday night.

Jackson said she is looking forward to the November election. “I feel relieved,” she said. “I appreciate all of the voters in District 4. I’m going to need their help in November.”

In the Democratic primary for county commission District 5, which is located in Atmore, challenger David Allen Quarker Jr. beat incumbent Wiley B. Tait, 60 percent to 40 percent. There are no Republicans on the ballot.

Probate Judge Emilie Mims said there were no problems on primary day. “Turnout was decent,” she said. “Not great, but decent.”