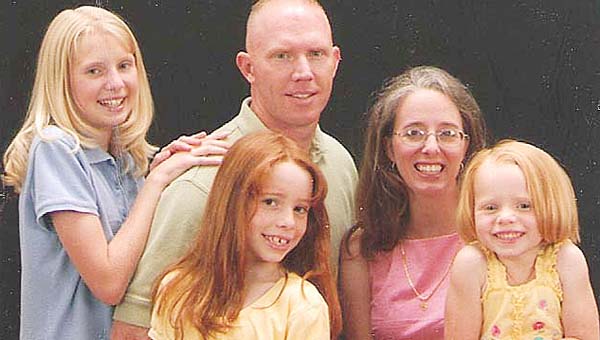 Brewton native Kelley Josey Bradley and her husband, David, have been serving their country for 17 years as a military family.

Now the family is in need of help of their own after a fire destroyed all of their belongings, along with those of about 100 other military families.

The family lost nearly everything — furniture, most of their clothing, and other treasured items — just as they were preparing to move into a new home during David’s deployment in Germany. The Bradleys had been living in a cramped hotel room for two months.

“We don’t realize what military families do,” said Jacki Lynn, Kelley’s aunt. “Sometimes our military doesn’t get the recognition they need.”

Lynn has set up an account at the local Regions Bank branch to accept donations to help the family. The account is named Treasure Chest for the Benefit of Kelley and David Bradley. The account number is 0090392760.

“With it being the holiday season, it would really mean a lot,” Lynn said.

David Bradley has served in the U.S. Army for 17 years, and the family — which includes three daughters, ages 7, 10 and 14 — has lived all over the country, as well as in Germany. Maj. Bradley has been deployed all over the world and has had three tours of duty in Iraq and Afghanistan.

Kelley’s parents, Lamar and Wanda Josey, lived in Brewton and were involved in several activities when they were here, Lynn said. Lamar Josey served in the first Gulf War. Kelley Josey is also the granddaughter of Jack and Daisy Benefield of Castleberry.

Lynn said she hopes residents will help the family, even if they simply send a note of support.

“It would be nice, since we can’t physically be there for them, for her community to reach out and touch them in this way,” Lynn said.