No one was injured in a Thursday night incident that put a father and son behind bars at the Escambia County Detention Center.
Johnnie Mark Brittingham, 42, and his 70-year-old father, Cecil Rufus Brittingham were arrested by Escambia County Sheriff’s deputies just after 8 p.m. Dec. 9 and have been charged with shooting into an occupied dwelling, which is a felony charge.
Escambia County Chief Deputy Mike Lambert said a call to the Sheriff’s Department concerning shots fired into a home was reported at 8:04 p.m.
“The caller said shots had been fired into a home at 2600 Old Highway 31 in the Pollard community,” Lambert said. “Our deputies quickly responded. We had an investigator in the vicinity who also responded to the call.”
When officers arrived at the home of Melvin McBride, Jr., Lambert said a quick assessment found no one injured in the incident.
“Witnesses did tell us that Brittingham and an unknown subject came to their residence and fired shots into the home,” Lambert said. “A description of the vehicle was put out and our officers quickly located the vehicle pulling into the Brittingham residence at 484 Pineview Cemetery Road in the Pineview community.”
Lambert said officers were able to take the two suspects into custody without incident when arriving on the scene.
“The firearms believed to be used in the incident were recovered in a wooded area near the scene of the shooting in the Pollard area,” Lambert said. “Both men were taken to the county jail for questioning and to be booked on the charges.”
A bond hearing was held Friday in connection with the incident. Bond for each man was set at $100,000. Both remained in the Escambia County Detention Center in lieu of bond as of press time Friday. 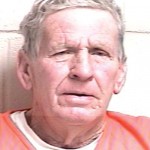 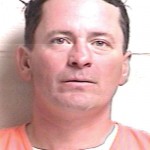