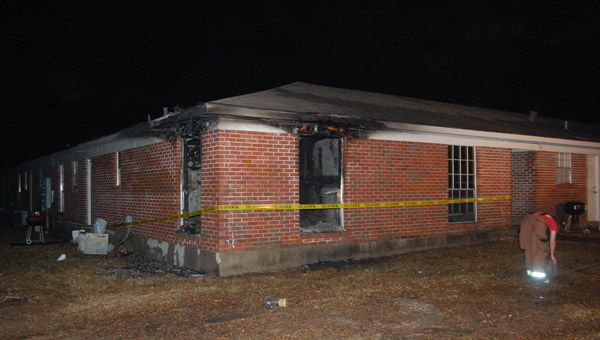 About two dozen residents of an apartment complex across from The Meadows on Pineview Street were evacuated New Year’s Eve after a fire damaged at least two of the units.

Brewton Fire Chief Lawrence Weaver said the evacuation was a precaution until an electrician can determine the safety of the building.

“Our initial investigation showed that the fire started in a light fixture,” Weaver said, pointing to a corner apartment that had been most heavily damaged.

No one was injured in the fire, which began around 6:30 p.m.

“I’d hate to think what could have happened if this had started at 2 a.m.,” Weaver said.