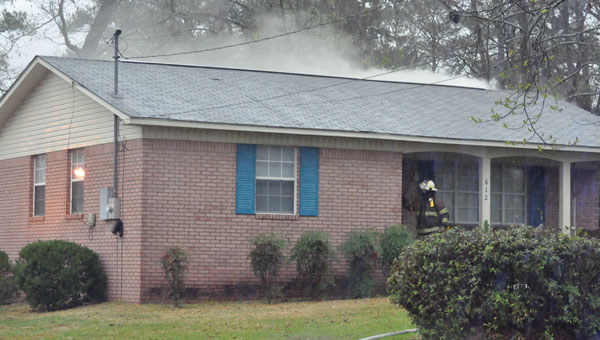 Amid heavy rain, Brewton firefighters were called to the scene of a house fire in the Alco community this morning. Emergency Management Director David Adams said the fire was apparently caused by a lightning strike.

Damage appeared to be located in the back of the house, located on Cobb Street. Smoke was visible above the roof line, but no flames could be seen.

A homeowner said no one was injured in the fire.

Other than the fire and a tree down in Flomaton, Adams said there was little other damage from the morning storms.