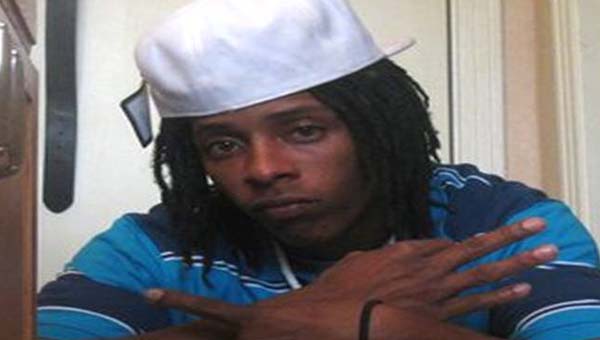 Brewton Police announced Thursday evening that they have caught an Atmore man who was wanted in connection with a shooting incident in the early hours last Monday on Brannan Avenue.
Police were searching for Ricki Tolbert, 18, of Atmore in connection with the shooting. He is charged with first-degree assault.
Sgt. Steven Ferguson with the Brewton Police Department said the incident took place between 1 and 2 p.m. Monday at the Masonic Lodge near Bryant Circle. The incident began with a fight and escalated to the shooting.
“We’ve heard a little talk from time to time about a gang in Brewton and a gang in Atmore,” Ferguson said. “It’s our understanding that some of the people from Atmore came to Brewton for a party when the incident occurred.”
Ferguson said the shooting was the result of what began as a fight inside the Lodge.
“A fight broke out inside and led outside,” Ferguson said. “Sometime after the fight moved outside, a suspect pulled a .22 pistol and fired three or four rounds. One of the rounds struck the victim, who is a Brewton resident.”
Telvin Spears, 18, was shot in the incident and was transported to D.W. McMillan hospital to be treated for non-life threatening injuries, Ferguson said.
“Our officers went to the hospital to question the victim and others who were at the party,” Ferguson said. “From the statements and a photo identification of the suspect, we proceeded with issuing warrants for Tobert’s arrest.”
Ferguson said he and Officer Rodney Brand drove to Atmore to search for the suspect.
“We went to a five different houses where Tolbert was known to be but were not able to locate him,” Ferguson said. “At that time we alerted Flomaton and Atmore Police about the search for the suspect. The information was entered into the National Crime Information Center alerting all departments of the charges against Tolbert.”
Ferguson said other charges in the case may be pending following a complete investigation.
In a separate incident, Rayshawn Alexander, 18, was arrested by Brewton Police officers at D.W. McMillan Hospital for his part in a fight at the facility.
Ferguson said Alexander had become disorderly as a result of the altercation and was tazed by officers at the scene.
Alexander was arrested and charged with disorderly conduct in connection with the incident.