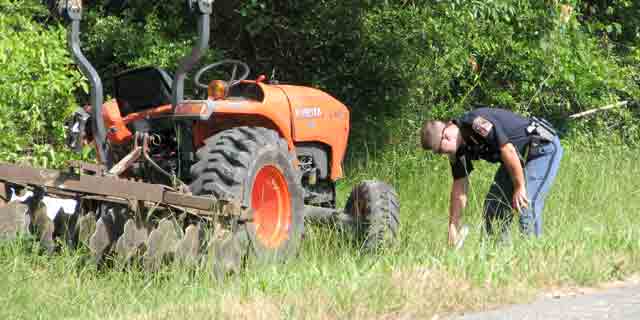 Alabama State Troopers are continuing an investigation into a two-vehicle crash that left a Brewton man dead Monday morning.

John Daniel Rowell, 68, was killed when the farm tractor he was driving was struck by a vehicle driven by Orrie Odom of Range.

The crash, which occurred on Hwy. 41 North was reported just after 8 a.m. Monday morning according to officials with the Evergreen post of the Alabama State Highway Patrol.

Odom, who was not seriously injured in the crash, was driving a 1998 Chevrolet Blazer.

According to witnesses at the scene, both vehicles were southbound on Hwy. 41 when Blazer, driven by Odom, struck the tractor from behind.

The roadway remained closed to traffic for approximately two hours while law enforcement officials secured the scene for an investigation.

State Trooper Cameron Fillingim responded to the crash and is continuing an investigation.