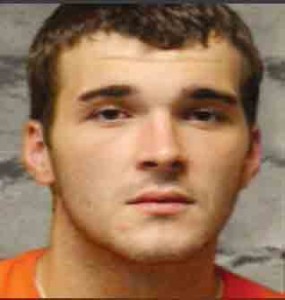 An East Brewton man was arrested after allegedly breaking into a Williamson Street home Saturday — thanks in part to a member of the Neighborhood Watch group in the area.
Mark Golden, 24, was arrested on burglary charges by officers with the East Brewton police and remains behind bars due to a probation violation.
East Brewton Police Chief Kenny Brazile said the arrest came after a resident in the area made a call to the department.
“We responded to the call that someone was breaking into a home on Williamson Street,” Brazile said. “The arrest was made after our officer discovered the suspect inside the residence.”
David Blair, a spokesman for the Neighborhood Watch organization in East Brewton, said he was glad people are alert to what happens in their neighborhoods.
“I’m happy to say the Neighborhood Watch program is working in East Brewton,” Blair said. “We have a group or team of people in the community that are on watch 24 hours a day, seven days a week and it’s paying off.”
Blair said the Williamson Street team members who made the call to police were simply doing their part to protect the neighborhood.
“The suspect in this incident was caught by police inside the residence,” Blair said. “Thanks to the call from the neighbor, this crime was stopped. The best thing we can do is to watch out for our neighbors. Putting a stop to crime is everyone’s responsibility.”