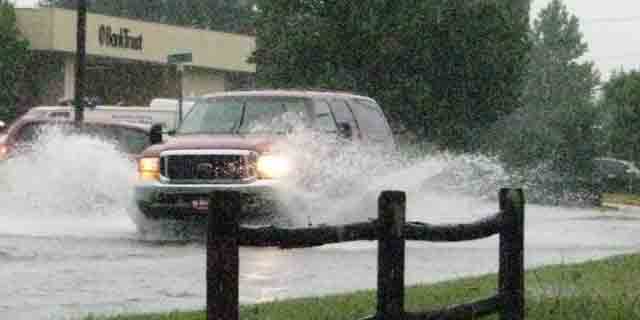 Several streets throughout the Brewton area were nearly impassable Thursday afternoon following a downpour of rain.

City crews were assessing some areas where water collected causing problems with travel on some streets.

Unofficially, more than six inches of rain fell in less than an hour over much of downtown Brewton Thursday afternoon.

Weather forecasts for Friday and the weekend are calling for additional rain chances similar to the expected rainfall on Thursday.

Officials also reported trees and limbs down across the area including a large tree blocking Memory Lane Thursday afternoon.

Peacock to coach at Daleville