Firefighters clean up hazardous threat at gas station (with photos) 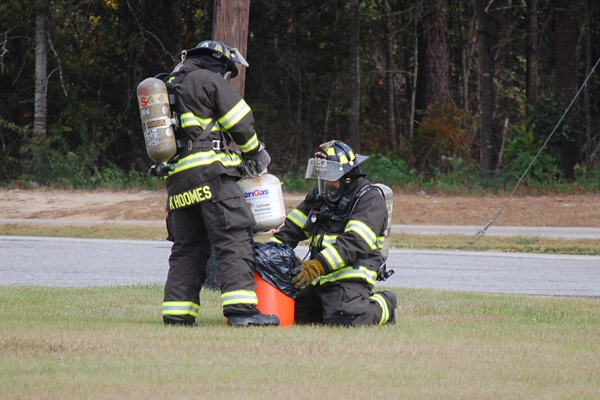 Brewton firefighters load a potentially hazardous tank into a cooler to dispose of it.

Tipped off to a potential hazardous material in a used propane tank dropped off at the Tom Thumb gas station on U.S. 31 north, Brewton police and firefighters kept traffic stopped around the station while they worked to remove the tank Thursday.

A worker with Blue Rhino noticed some green corrosion on the tank, a sign that a material other than propane has been stored in the tank.

Police said the substance in the tank could have been a form of ammonia, possibly even the kind used to make meth.

The tank was not leaking, but Fire Chief Lawrence Weaver said officials wanted to keep the area safe, especially because there was no way of knowing what was in the tank.

“We think it is something other than propane,” Weaver said.

If the substance was ammonia — most likely anhydrous ammonia — it could pose a danger if it leaked and could even cause an explosion, said David Adams, emergency management director for Escambia County.

To remove the danger, firefighters even got some help from the surrounding businesses.

To get the tank out of the area, firefighters placed it in a large cooler provided by Swift Supply, lined with a garbage bag provided by David’s Catfish. Firefighters then loaded the cooler onto a dump truck filled with sand so they could dispose of it away from the public.

Traffic was stopped for about 90 minutes, mainly during the lunch hour. 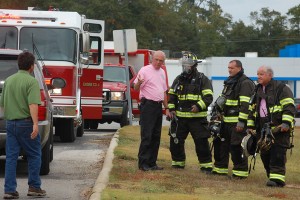 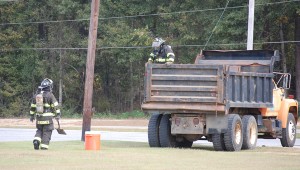 The tank was loaded onto a dump truck lined with sand. 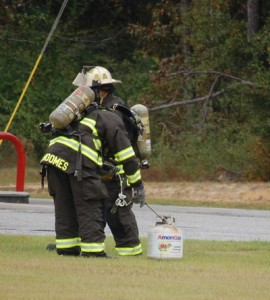 Firefighters test for a leak. 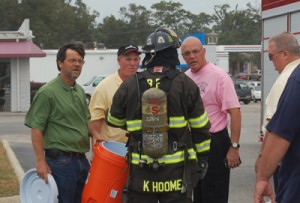 Swift Supply provided a cooler for the disposal.

Fire Chief Lawrence Weaver talks to firefighters about the plan.

Traffic is moving again in the area of 31…