Budweiser and chip trucks collide on 31 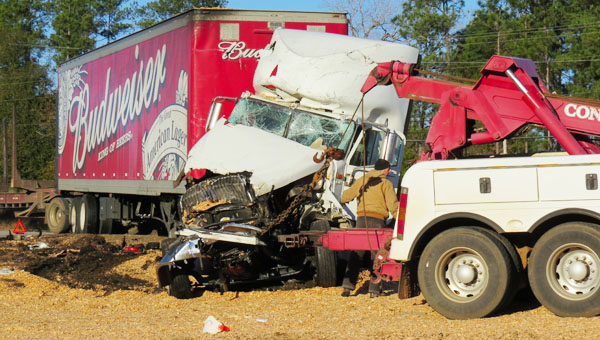 An eighteen-wheeler hauling Budweiser collided with a chip truck turning into the Brewton Georgia-Pacific mill Thursday morning, tying up traffic briefly on U.S. 31.

The wreck happened at about 6 a.m., and firefighters and rescue personnel were still on the scene two hours later, working to clean up the mess.

Firefighters said it appeared there were no serious injuries in the wreck, but the front of the Budweiser truck was totaled.