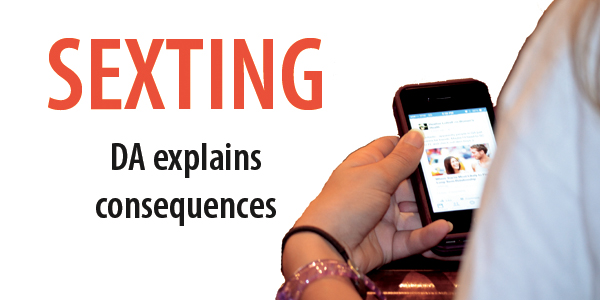 The talk came on the heels of the recent arrest of former T.R. Miller band director Jeffrey Lance Gainous for allegedly unlawfully imprisoning a student while having sexual relations with others. There were also alleged reports of sexting between Ganious and students.

Randy Winton, FBC youth minister, said, the church wanted to be proactive when talking to youth.

“We are trying to be intentional and proactive in communicating and walking alongside our parents in ministry in a world that wants us to be anything but that,” he said. “We want to stand together with other churches to help build a better community of believers and work hand-in-hand with more education and focus on meeting the spiritual needs of this generation of teenagers.”

Billy explained the dangers of sexting, which is the act of sending sexually explicit images or messages to another party. When involving a minor, the act can be against the law, Billy said.

“Most teens say they do it to be fun and flirtatious,” he

said. ‘Some say they are pressured by their boyfriend to do it or that it might be a gift or done to impress someone or as a joke.

“What (sexting) can do is ruin your life,” he said. To illustrate his point, Billy discussed several cases where public humiliation after sexting caused students to commit suicide.

“It can screw up your life,” he said. “In this day and time, we are all toting a mini computer on our hip in a cell phone. In 30 percent of the cases, those images were sent to the wrong person. How scary is that? Once you hit ‘send,’ there’s no control over where it goes or where it ends up.

“This is the kind of thing that can follow you for life,” he said. “It can cost you a scholarship, a job.”

Billy also explained the legal ramifications of the act. Under Alabama law, it is a felony to possess a sexually explicit image of a person under the age of 17. It is also a felony to send that same image, or disseminate, it to another person. Those convicted of those crimes are then labeled as convicted sex offender and are required to register with authorities for the remainder of their life.

“Sexting is not a new problem,” Billy said. “It’s an old problem. We just had a different way of doing it. Technology has magnified it. Combating it is a cooperative effort.”

Billy encouraged parents to be proactive, to monitor text messaging and their child’s social media pages.

“And if at any time there is a need to report behaviors to teachers, do it,” Billy told the group.