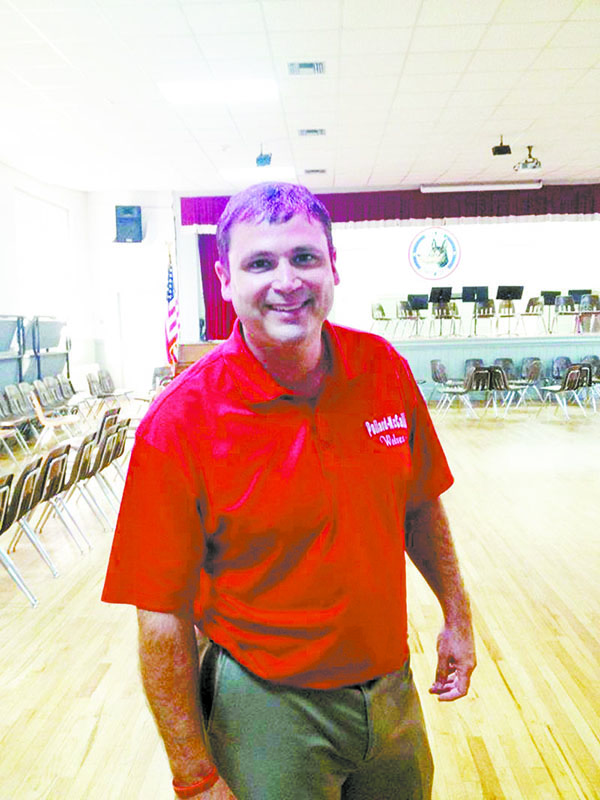 There will be no more Hugh White fist bumps from the steps of Pollard-McCall Junior High School.
The gesture is one of so many that the six-year principal who died unexpectedly of natural causes Saturday was famous – and will be missed – for, friends and family said.
White, who was promoted to principal in 2006 after serving as a math and science teacher, fell and broke his leg while playing basketball during the school’s field day event. Last Monday, he underwent surgery where doctors used seven screws and a metal plate to mend the break. It is believed White died from complications following the surgery.
On Tuesday, the grief, devastation and shock were evident at the school and the outpouring of stories was plentiful.
Escambia County Schools superintendent John Knott was at a loss of words Saturday when he heard the news.
“It has been absolutely overwhelming,” Knott said.
“It is a devastating loss to his family,” he said. “They have our hearts and prayers.
Knott said it is devastating news to the whole community.
“Hugh White was just a good man,” Knott said. “He had a good heart and was a very unselfish person.
“There is no way we can replace him in our personal and professional lives,” Knott said. “We will move on and do what he would want us to do. It is just a devastating blow.”
Knott said White just had surgery on his leg.
“No one would have expected this,” he said. “He loved his job and his kids and would do everything possible for them.”
Tammy Waguespack, PMJHS bookkeeper, worked alongside White for the last 15 years. She described White as a “wonderful boss and a Christian man.”
“He was here for us as the faculty, and he was here for the students,” she said. “He loved everyone of us at this school with everything he had in him. He knew every student by name and greeted them with a fist bump each morning.
“He was just a wonderful man,” she said. “We can’t believe he is gone.”
White is survived by his wife, Traci, and their children, Mattie, Jack, and Abbie. He was the son of the late F.P. “Skippy” White, a long-time state representative, and Clara White. He also is survived by his siblings, Todd White and Sarah Anne Fountain.
As of Tuesday afternoon, funeral arrangements were incomplete and will be announced by Flomaton Funeral Home.

Park honoree to return for dedication