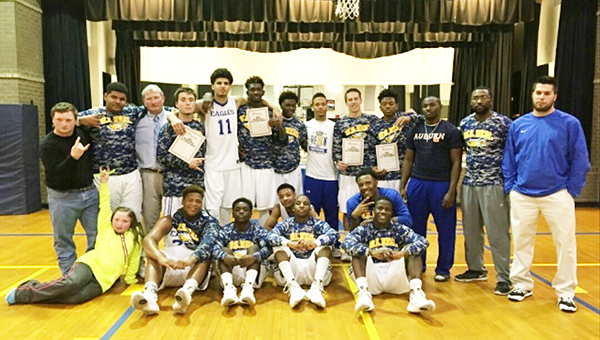 The Eagles got off to a great start with stellar defense and perimeter shooting. By halftime Neal led UMS- Wright 29-10.

Leading Neal was Troy Lewis with 23 points. For a stretch, Lewis made seven three pointers in a row. Also scoring was Tyshawn Davis with 12 points and Treylon Watson with nine points.

Neal will face Thomasville in a sub-regional game on Tues., Feb. 16, at 6 p.m. at the W.S. Neal middle school gym.

Cracking down then too