Moving on but not forgetting 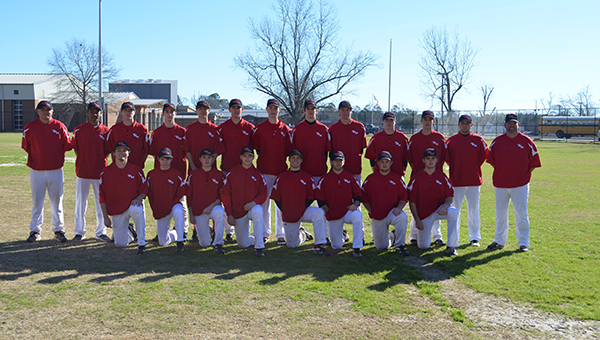 Tigers look to details to get better

With all the success the 2015 T.R. Miller Tiger baseball team achieved during the regular season of surmounting a 19-2 record and county and area tournament championships, there rests a bad taste that’s the result of a dismal early playoff exit against Cottage Hill.

Most of that same Tiger team has returned for this season, a year older and a year wiser.

This season will be the beginning of a new era under first year head coach Kevin Madden.

Madden, a 1993 TRM graduate, said his philosophy he preaches to his team are to come ready to play.

“It’s important to work hard everyday and to pay attention to the details,” Madden said. “The little things can become the deciding factors in a game. We want to try to minimize those mistakes.

The team is really buying into what we’re trying to accomplish.”

Madden said the Tigers will have depth at pitching.

At catcher will be Hunter Brittain with Joshua Winton and Tyler Baxter also looking to share time behind the plate.

For the infield Madden said Jason Konsler, Caleb Winton and Ty McFerrin will see time at third base.

At shortstop JoJo Booker and Drew Williamson will share time.

At second base will be Stokes Jennings, Baylon Parker, Tyler Baxter and Caleb Winton.

Madden said that the team’s hitting is coming around.

“We’re getting better,” Madden said. “We’re starting to work and correct some minor flaws they may have in their swings. The players are starting to hit the ball deeper. They’re starting to let the ball travel a little deeper. We don’t want to pull everything. We want to be able to use the whole field.”

About last year’s season, Madden said he expects the team will use the experience as motivation.

“Since we started, our goal everyday has been to get one percent better,” Madden said. “They had a great season last year, but that was last year. I think the team is hungry from how things ended. Hopefully, we as a team can us that as fuel to work a little harder so that doesn’t happen again.”

A motto of this year’s team is H2L, an acronym for “hate to lose”.

“There are going to be losses but if we can get to that point where we hate to lose then hopefully we’ll be motivated and structured to do things to minimize those losses,” Madden said. “That’s the mindset we have–to find a way to win.”

“This year the Tigers will play 33 games, more than the 21 regular season games last year. Madden said the 33-game schedule will add depth and experience for the team.

“As a player, if he is in a slump he has some time to work through that and come out of it,” Madden said. “Also playing tough competition at different levels and outside the general area allows our players to see how baseball is played throughout the state. To see it and play against these teams, we can see where we stand and that can only improve our game. That experience will be invaluable.”

Madden said they have been a tremendous help.

“They’ve been a part of the program,” Madden said. “The kids are familiar with them. It’s been a good situation coming back home and having a good program to fall into. Having them as coaches has been a big plus. It takes a group effort to do things the way we try to do things. Everybody is on board.”

The Tigers will begin its season in the Escambia County Tournament in East Brewton, Feb. 23, at 6 p.m., against W.S. Neal.

Student hit by car; passes away