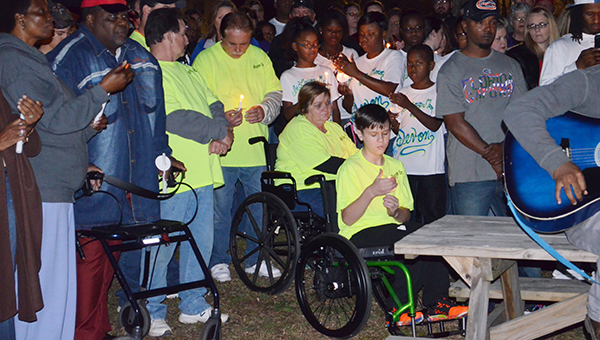 Corey Williams | The Brewton Standard
The community joined together for a vigil in Jennings Park on Saturday to honor the late Devon Spencer and missing Brooke Bridges.

Family members of both children were among the crowd filled with friends, family and those wanting to offer comfort. 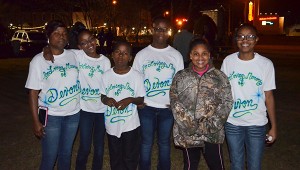 Luke Golden, who along with event organizers Heather Nelson Sims and Jessica Parr, thanked the community for its support.

“We’re behind you through everything,” Golden told the crowd. “These are difficult times in our community. We should all band together, bend our head and ask for the Lord to help us.”

In addition to words from other local pastors and youth, the group also heard music and poetry.

On Monday, it was announced that Spencer will be laid to rest Saturday at 1 p.m. at Glory to God Ministry located at 4000 W Fairfield Drive in Pensacola, Fla.