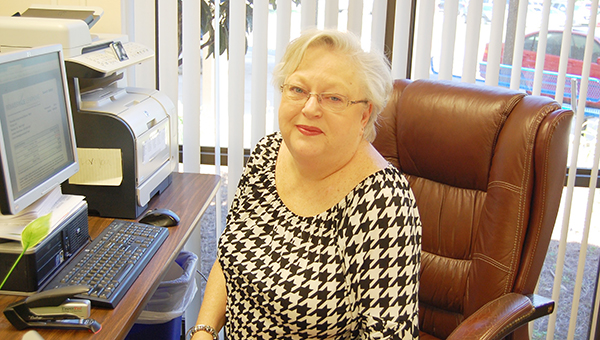 Lydia Grimes | The Brewton Standard
For 25 years, Susan McKenzie has been an educator. As of July 1, she will retire.

As the school year winds down, those who are retiring from the school system have now added their names to the list that will not be returning next season.

Susan McKenzie has announced her retirement after 25 years in education, first as a teacher and then as an administrator. She is retiring, as of July 1, after being the principal at W.S. Neal Elementary School.

“It has been an honor and privilege to serve the children of Escambia County,” McKenzie said. “I have loved my time in the classroom and in administration. But, I chose to retire now so that I can spend more time with my husband, children and grandchildren. We are expecting our second grandchild in December and I want to spend time traveling and rocking that baby.”

McKenzie was born and raised in Monroeville. After some years living in other places, including Brewton, she and her husband, Earl, returned to Monroeville some years ago. In fact she has been commuting from there for several years.

“After the death of my mother, we had her house there and moved back,” she said. “It hasn’t been hard to commute, but it does get tiresome.”

She graduated from Monroe County High School in 1973 and attended Patrick Henry Junior College (now Alabama Southern Community College) for two years. She married Earl McKenzie, also from Monroeville, and they became the parents of two daughters, Alyssa and Adrienne. They moved to Mobile and later to Hernando, Fla. where Earl had a job as music director of a church and was in the process of finishing his degree in Mobile. While they lived in Florida, Susan worked as an education aide and perhaps this was an indication of the way her future would pan out.

After returning to Monroeville, she drove back and forth to AUM (Auburn University at Montgomery) to get her degree. She graduated with honors in 1991.

This was when her daughters were old enough to start to school, so she became a student as well as a mother.

“I had to prove that I could do it,” she said. “I believe that you can do anything as long as you work hard and want it bad enough. While I was at AUM, I was the oldest student in my class. I really stood out from all my other classmates.”

She did not let this deter her. She pressed on and got her first teaching job at Beatrice where she taught for the next two years. She then moved to Frisco City and taught the fourth grade for five years before moving to Brewton. Earl got a job with ALFA Insurance which precipitated the move.

“It took a while for me to get a job. but Leon Harley, who was principal of W.S. Neal Elementary School, gave me a chance,” she said.

After teaching for several years, then-principal John Knott encouraged her to get an administrative certificate from Alabama State.

“I drove back and forth with Patty Frazier, who is now the principal at W.S. Neal High School.”

McKenzie finished and right away was able to take a job at Rachel Patterson Elementary School in Atmore, where she spent the next six years.

At that time, Knott became superintendent of the Escambia County School Board and transferred her back to Brewton.

She will retire home to Monroeville, but she will certainly be kept busy. Her daughter, Alyssa Wilson, who is a seventh grade teacher, has one daughter, Maggie, and is expecting another baby in December. Her daughter, Adrienne Nascone, works with VARIAN and sells medical equipment to cancer patients.

“I plan on spending a lot of time rocking that new baby,” McKenzie said. “We will also have the time to do some traveling while we are still young enough to enjoy it, but it has been a joy to work with education as long as I have.”