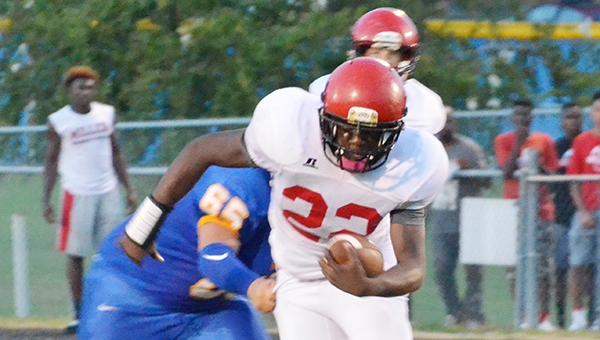 In the end, BMS held on for the 22-14 win. On its final drive of the game, Neal looked to connect for a long fourth down attempt to keep the game alive, but failed on an incomplete pass down field.

In the first quarter, Sam Bosarge found Marcus Page for a six-yard touchdown. Later in the quarter, Neal running back Isaac Bonam scored on a 10-yard run.

The Tigers found life after the early scores by Neal when running back Narqavious Campbell broke for a 60-yard run.

Neal found itself threatening to score in the third quarter, but the Tigers’ Blake Jernigan pounced on a pass by Bosarge for an interception.

Bosarge was 3-7 in passing attempts for 56 yards and a touchdown. Bonam had 15 carries for 91 yards. Page had three catches, including the touchdown, for 56 yards.

BMS plays Thursday at home versus Jay. WSNMS will play Atmore at home. Both games will kickoff at 6 p.m.