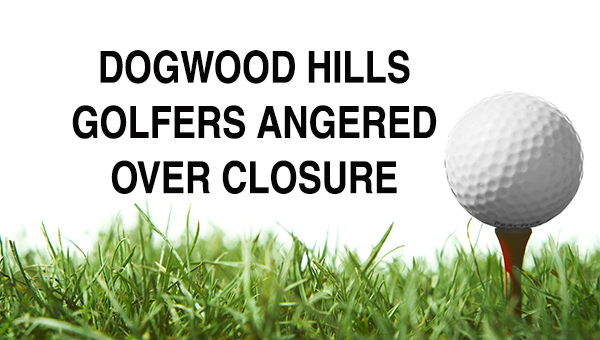 The city maintains the course was operating at a $200,000 annual estimated loss; however, Reeves said “the math” didn’t add up and urged the council to rethink their decision.

“To say that the course is losing money, I haven’t seen those numbers to show that,” Reeves said.

He said some 5,600 rounds of golf are played per year and generate an estimated $140,000 in revenue, while expenses – including course upkeep and equipment leases – should total an estimated $100,000. Reeves said he did not include employee salaries in his estimate.

Fiscal year 2015 audit figures, which include all expenses for the city’s nine parks and the annual YMCA contribution, show recreation department expenditures of $671,000 – an increase of $100,000 from the previous year. The Brewton Standard has requested a breakdown of course expenses.

As part of the closure agreement, the Brewton Country Club will honor the current membership of Dogwood Hills members through the end of their membership terms.

“We feel like the rug has been pulled out from underneath us,” Reeves said. “The course is being kept up and it’s the perfect season to play.”

When Reeves asked why not keep the course open until the end of the season, he was met with applause and courses of “Amen.”

Other audience members attempted to address the council; however, they were not allowed to speak because they were not on the night’s agenda.

Mayor Yank Lovelace said he understood the golfers’ position; however, the council did not hold a public hearing on the course’s closure because “the reasons behind it” had been discussed many times during the last couple of years.

Golfers in attendance, like Wilbur Perry, Howard Macht and Gordon Murray – voiced their closure concerns after the meeting concluded.

“Every couple of years they talk about closing the course,” Macht said. “But my thing is they didn’t have a public hearing on it. We found out after it was a done deal and it was ramrodded through. I don’t think that is right.”

Murray, a retired educator who said he played close to 800 rounds on the course last year, said he isn’t sure where he will play now.

“It gives me something to do,” he said. “Now, barring the country club, I will have to drive 45 miles to play.”

• approved a $14,000 grant for Brewton Baristas and up to $20,000 for Carlisa Inc. as part of the city’s downtown redevelopment initiative;

• re-appointed Ed Williamson, Roger Chapman and Michael English to the city’s recreation board, while appointing Dwayne Higdon and Brian Wesley as new members;

• named a newly-acquired 77.7-acre parcel of land on Ala. Hwy. 31 as the Downing Industrial Park; and,