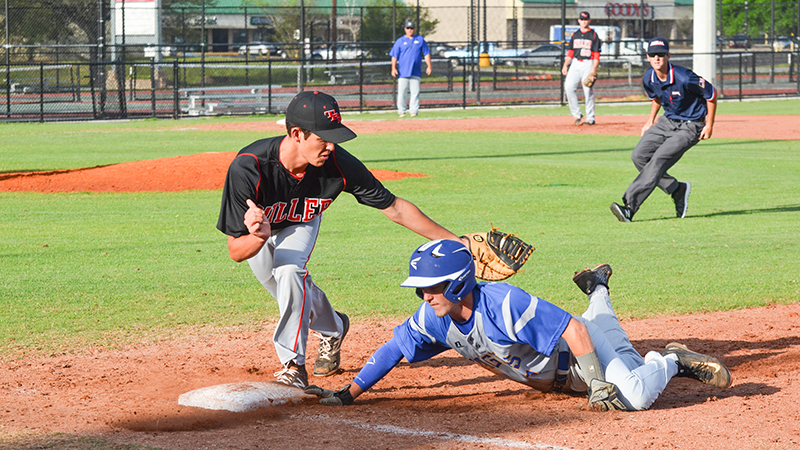 The T.R. Miller Tigers defeated the W.S. Neal Eagles 12-2 on Tuesday in the last matchup of the season between the two schools.

Neal scored two runs in the second inning, but was held scoreless the rest of the game. Miller did damage later in the game by scoring seven runs in the third inning and five runs in the fourth inning.

Hunter Brittain had a homerun and 3 RBIs to lead Miller. O’Neil White was 2-for-3 with a double and 2 RBIs. The Tigers had nine total hits.

Aaron Bosarge, Kristian Taylor, P.J. Lovelace and Jennings Hobbs each had a hit for the Eagles.

Jacobey Hawthorne suffered the loss on the mound, giving up nine runs, on six hits, and four walks. He had one strikeout.

The Tigers will travel to play area opponent Flomaton on Thurs., April 6, at 5 p.m. TRM and Flomaton will play at Miller-Kruese Field in a double header on Fri., April 7, beginning at 4 p.m.

Neal will play at Satsuma Thurs., April 6. First pitch is scheduled at 5 p.m.