Billy brings love of the arts to hometown

For the first time in a while, residents of Brewton and the surrounding area will have the opportunity to get involved in a theater production again very soon.

Brewton native, Stephen Billy, has been called upon to become the artistic director of the newly formed Brewton Town and Gown Players. 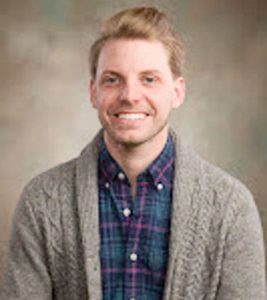 Stephen Billy will serve as artistic director for the Brewton Town and Gown Players.

“This is a community group that is dedicated to preserving the arts in the county,” Billy said. “The City of Brewton and Coastal Alabama Community College have teamed up to see that this area and those around us have the chance to participate in some type of theater. That includes, not only the performers, but those who work behind the scenes.

“We had a good theater program here for years under the leadership of Hermione Downing,” he added. She was a great inspiration to me and I think to a lot of people.”

Billy has announced that there are plans for three productions this season, with “Willie Wonka and the Chocolate Factory,” being the first. Auditions were held May 2, and rehearsals are set to begin May 15. Sixty-three people showed up for the auditions and Billy was able to find a place for every one of them.

“We not only need people for speaking parts, but we also need behind the scene workers,” Billy said. “The first performances will be July 20-23.”

Billy was born in Brewton and graduated from T.R. Miller High School in 2009. He began his love of theater early and appeared in “The Secret Garden” when he was only nine years old.

After high school he attended college at Montevallo and received a bachelor’s degree in communication studies in 2013.

He later earned his master’s degree in arts administration or theater management from the Goldsmith University of London in 2015.

Billy’s dad, Steve, was a big influence on him as he, too, was interested in theater. He was in various roles over the years in “To Kill A Mockingbird” in Monroeville. Billy and his twin brother were around the stage and he became very interested in what went behind the scenes.

“While I was in college I did some directing and found that I really loved it,” Billy said.

After graduation from college, he got the opportunity to study in London for a year. He did some writing and found that he really liked that part of theater, too.

“I am really glad that I am able to come back to Brewton and use what I have learned,” he said. “I think we have some very talented people in this area.”

Billy is currently serving as director of “To Kill a Mockingbird” in Monroeville. He has worked previously with operations in Birmingham, New York, Maine and London, England.

“There is a lot of talent here in our area,” Billy said. “If you are not an actor, we will find something else for you to do. It takes a lot of people to make these performances a success. It’s not just about having a speaking part. If we can work hard and make this a success, I hope we will be able to expand and do other things, such as acting camps.”

He said his plans include a fall performance and a holiday musical, so if you missed this one, watch for the next one.

Stephen Billy is the son of Steve and Beth Billy. He has a twin brother, Joseph, and a sister, Laurel.