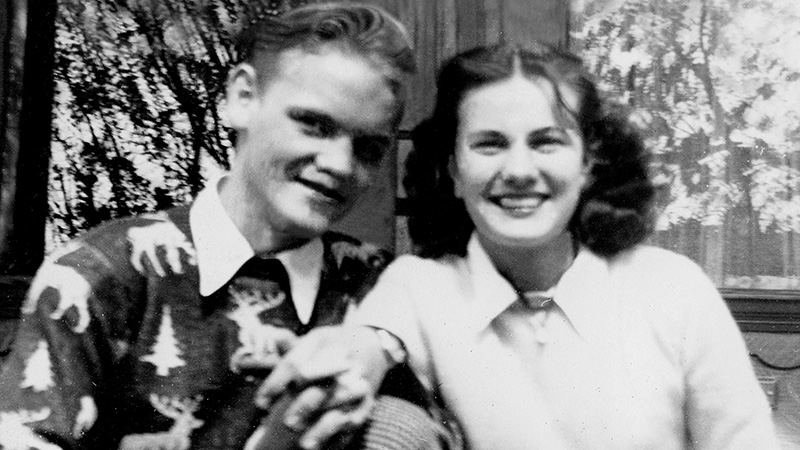 The couple married on Sun., Sept. 14, 1947, at the First Baptist Church in Florala. They exchanged vows and rings to begin their new life together. That journey included hard work and more blessings than they ever could imagine. Through the best and worst of times, they never faltered in the path and the life they chose.

When World War II ended, Mr. Roth was honorably discharged from the Navy and returned home to St. Louis, Mo. At the same time, Mrs. Roth completed her duties as a Marine and was attending Gradwohl College in the same town. The stars aligned for the Missouri boy and the southern belle from Florida when they found themselves standing side by side on a trolley car after a Roy Rodgers show.

They exchanged a few words but she left without giving him her name. Mr. Roth thought she was the most beautiful woman he had ever seen and made up his mind to find her. He remembered a monogram on her sweater “JA” and knew she was a student. His cousin, Doris, called the school claiming to have found a book with those initials. There was only one girl in the registry that fit the bill, Juanita Adams. They gave Doris her phone number. The rest is history.

On their first date, when Mr. Roth told the story of finding here, Mrs. Roth showed him the sweater she was wearing that day on the trolley. There were no initials, only an embroidered flower. It was the first little miracle of the many that would follow. Some things are just meant to be.

Twelve months later the couple was married, Mr. Roth worked at Anhueser Busch and Mrs. Roth was a stay at home mom. Over the years, they moved their family through four states, ending the journey in Brewton in 1957. It was there they put down roots and raised five children who in turn gave them nine grandchildren and 11 great grandchildren. It was the forever home for their forever love. 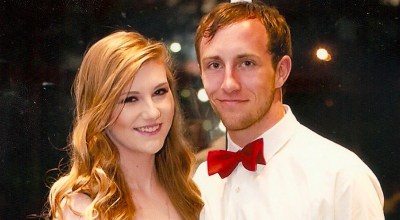