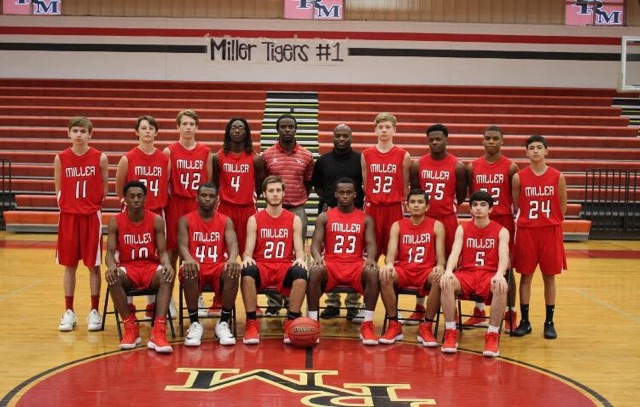 The T.R. Miller Varsity boys went up against the Excel Panthers Tuesday, where they fought hard, but came up short losing to the Panthers 62-50.

“We started off pretty good at halftime the score was 25-23,” Coach Terrence Walker said.

After the half the Panthers went on a run, and what was a 2-point deficit became a 12-point deficit. “We were trying to fight to narrow the score down”. said Walker.

Leading scorer Josh Jolly had a total of 21 points; Shiv Patel added 15 points, where 12 of his points were three pointers in the fourth quarter.

“We put up a good fight, but now we are preparing for our rivalry game against W.S. Neal on Friday night at 4:30 p.m.,” Walker said.