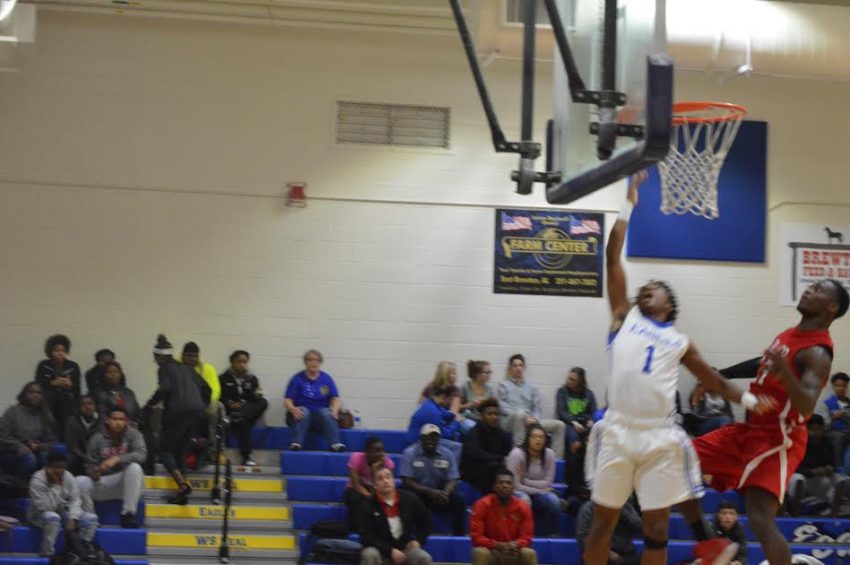 The game was close and intense as both teams gave their all and competed to the end of the buzzer. At half time the score was 15-9.

“As a whole everybody contributed with points, rebounds, and assists,” said Jackson. Jackson motivates his players by telling them to play hard, box out hard, and limit on turnovers.

The Lady Tigers are still rolling as they defeated the Lady Eagles Friday night.

The Tigers beat the Eagles on the road in a 65-11 victory.

At halftime the Tigers was up 49-5. The Tigers were in complete control throughout the entire game.

“We shot the ball well from the perimeter, which allowed us to give our other girls a chance to play,” said coach Ronald Jackson. “Both teams played hard in this rivalry game, we just managed to win,” Jackson said.

WSN came out ready to play in the highly contested rivalry game against the Tigers.

The T.R. Miller Tigers were trying to get back into the game, but the Eagles went on a run and defeated the Tigers in a 51-39 victory.

Leading scorer Marvin Maddox lead the Eagles by providing them with 26 points, and two rebounds. Marcus Page had 12 points, and six rebounds, and Mateo Smith with six points, four rebounds, one steal, and one block.

Jacobey Hawthorne had five points, six rebounds, and one assist. Tommaso Bartolucci chipped in two points, and one block.

The Blue Eagles combined grabbing a total of 27 rebounds in the victory over the tigers.

“This was a good win to get us back on the winning side,” said coach Dewan Salter. We came out fairly well, came out to a better start, and as a team we played better on defense.

“We improved defensively, and we were better at handling the ball,” he said. “I let the team discipline themselves during practices, and in a way that’s what help our team be better as a whole.”

“We are getting better, “said coach Terrence Walker. “We fought to the end, and win or lose the main goal is to fight.”

The Tigers are getting ready to get on the road, as they will be taking on Samson High School Thursday at 5 p.m. and Pleasant Home High School Friday at 4:30 p.m.

W.S. Neal Blue Eagles will have a home game Thursday and Friday night at 7:30 p.m. against Robertsdale High School.