TRM will play Opp in first round 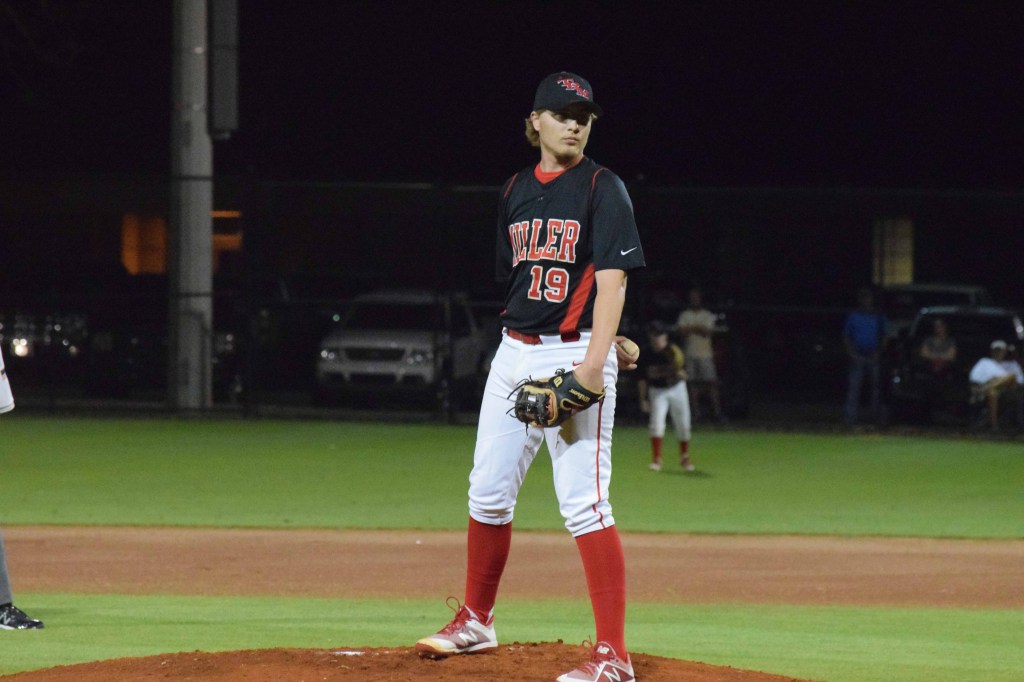 The T.R. Miller Tigers are pushing their way through as the playoffs is just a few days away.

The Tigers played the Excel Panthers in a home conference game Thursday and won 10-1. However, the Tigers traveled to the Panthers arena and were defeated 3-1. The Panthers are 6-1 while the TRM Tigers are 6-2 for region.

T.R. Miller now sits with a 10-13 overall record as they prepare to take on opp in the first round of the playoffs on Friday. The Tigers will travel to opp and play them in a double header at 4:30 and 7 p.m. There will be a game three on Saturday at 1 p.m. if needed.

TRM manager Michael Floyd wants TRM to faithfully make the trip to opp for the first round. “I told my mom we are going to be the Loyola-Chicago of baseball,” he said. “Some people don’t think our team will past the first round, but a little faith goes a long way. Be at opp; be loud; be proud; bring your family. I’m pleading to our fans and alumni to come support our team.”

In Thursday’s game the Tigers played with a sense of urgency taking on the Tigers at home. The Tigers jumped out the gate to a 4-0 run in the first inning. They didn’t allow the Panthers to get a run until late in the sixth inning. The tigers picked up a few more runs in the fourth, fifth and sixth inning before the game was concluded.

Drew Williamson and Stokes Jennings was great for the Tigers in this game with both them batting at .500 and Blake Jernigan at .750. Williamson had two runs, a run batted in, a stolen base and one hit. Jennings had a run and one hit, while Jernigan had three hits, two runs batted in and a double.

Russell Smith had one hit, Hunter Johnson had a stolen base, two runs, one hit and Kyle Blevins had two runs, a hit and two runs batted in. As a team the Tigers combined for ten runs, 11 hits and eight runs batted in.

In Friday’s game the Tigers couldn’t get anything going for them until late in the sixth inning. The Tigers didn’t make it easy for the Panthers however, not allowing them to get a run until the fourth inning.

Head coach Kevin Madden and the Tigers will look to make much success come Friday as they try to keep their chances of winning and going to the next round of the playoffs.