Downs has spent 32 years as nurse 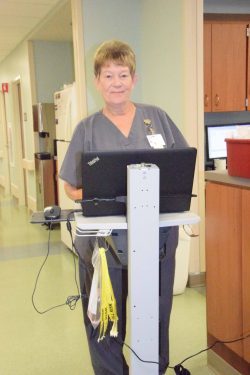 Julia Downs has spent 32 years working as a nurse, and she’s seen a lot in that time.

Downs said she’s spent a good bit of that 32 years in the emergency room.

Downs said that helping people drew her to the field of nursing.

Downs said the biggest change she’s seen in medicine in her more than three decades is the health care reform.

The Patient Protection and Affordable Care Act was signed into law by President Barack Obama in March of 2010 and changed healthcare.

“Healthcare reform changed how we take care of the patients,” she said. “It’s made it more difficult to do what’s best for the patient.”

Downs said the loves working in the emergency room because it’s an adrenaline rush.

“You never know what you’re going to taking care of,” she said. “And the number of people we see each day varies.”

Investigation under way into grade changing at WSN