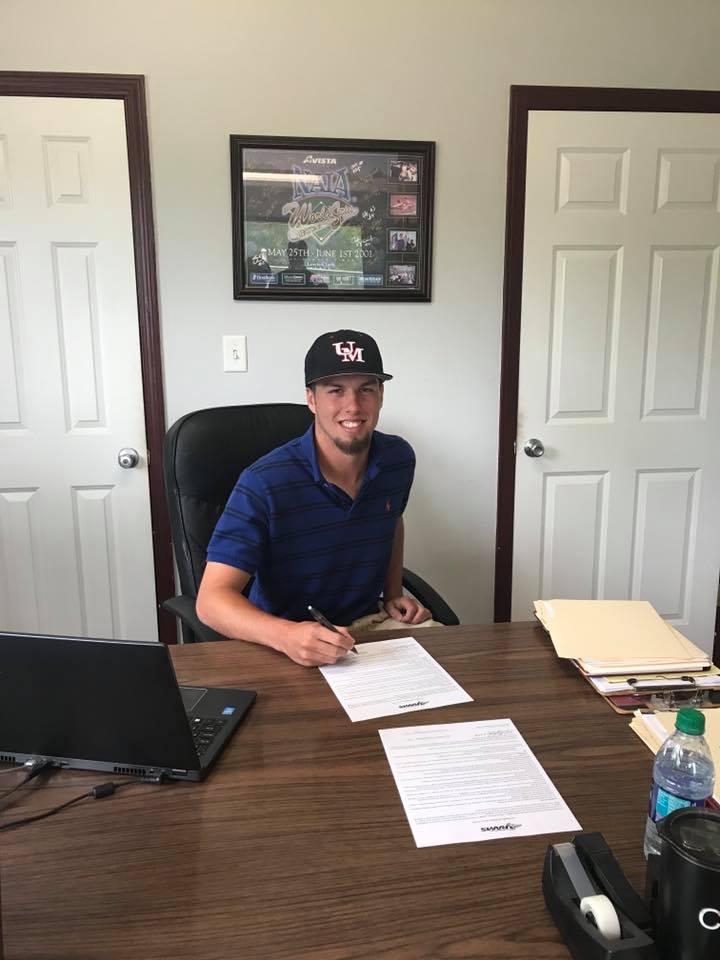 For as long as Dalton Shell can remember, baseball has been his sport.

Next season, he gets to continue his passion for the University of Mobile.

The 2016 W.S. Neal High School graduate has played two seasons as the relief pitcher for Coastal Alabama, and recently signed to play baseball for the Rams.

This season he made 29 appearances on the mound and threw 55-and-two-thirds innings, with 43 strike outs and a 4.365 ERA.

“The coach contacted me at the end of the season if I wanted to come workout – throw a bullpen,” he said. “I threw pretty well. It felt right going there, and it helped that they offered to pay half of my tuition.”

“I have always loved competing,” he said. “I fell in love with baseball from the start.”

Played basketball in high school and football my senior year.

“I always wanted to play college ball,” he said.

Shell has had a great support system in his parents Gwynne and Joey Shell, he said.

“God, my parents, coaches and teammates helped me,” he said.

Shell will study physical education at the University of Mobile.