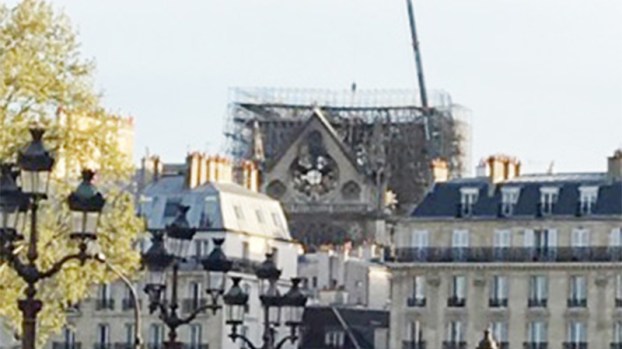 Locals around the world and in Brewton recalled their memories and experiences of their visits to Notre Dame Cathedral in Paris.
The centuries old Cathedral’s roof burst into flames and then collapsed on April 15. It took nine hours to extinguish the fire.
Brewton’s Terry Gillis was in Paris on April 18.
“You can’t get to Notre Dame,” she said. “They have the streets blocked off all around it. Even the Seine River cruise could not go by it.”
Gillis described the atmosphere in Paris as solemn.
“A lot of people were taking photos and very solemn,” she said. “So sad to see a part of history destroyed like that.”
Wilma Royce said she visited the iconic place of worship in her younger days.
“There was nothing in the world like it,” she said. “The windows were breathtaking and the statues, especially the one of Mother Mary holding Jesus’s body across her lap. It has broken my heart to see the destruction. I also have faith that she will rise from the ashes and be great once again.”
Investigators announced over the weekend that the fire started around the center of the cathedral’s roof near the base of the iconic spire.
Artifacts from the cathedral were rescued from the fire and are now housed at the Louvre in the meantime.