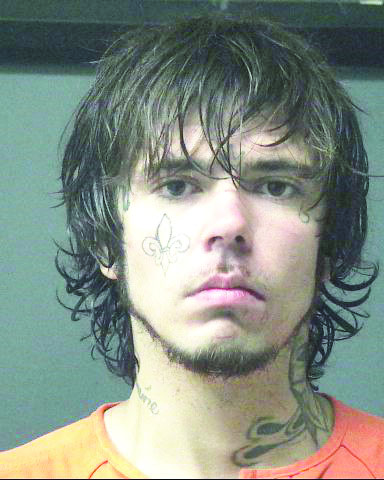 One man is in custody following the man hunt that occurred late Friday night.

During the patrol, deputies attempted to stop a dark colored SUV that was registered as stolen.

“The SUV fled and later crashed into a fence after hitting a fire hydrant. The driver ran from the scene and a perimeter was established,” stated Jackson.

Shortly after the crash, K9 tracking dogs were dispatched from ADOC Prison and a track was conducted.

“The following morning around 7a.m., a young woman was attempting to enter her outside storage room when she discovered the man who fled from the crash in her building,” shared Jackson.

“The suspect, later identified as Gary Edelstein, ran towards the woods as her husband gave chase,” he continued.

It was reported that the home owner discharged his firearm but no one was injured.

According to Jackson, sheriff’s deputies responded along with the ADOC K9 team and the suspect was captured hiding in the woods.

In response to all the support, Jackson concluded, “Thank you to the Alabama Department of Corrections K9 Unit, Ridge Road Fire Department, Brewton City Public Works, Escambia County Rescue Squad, and the citizens of Ridge Road for being supportive of our efforts.”