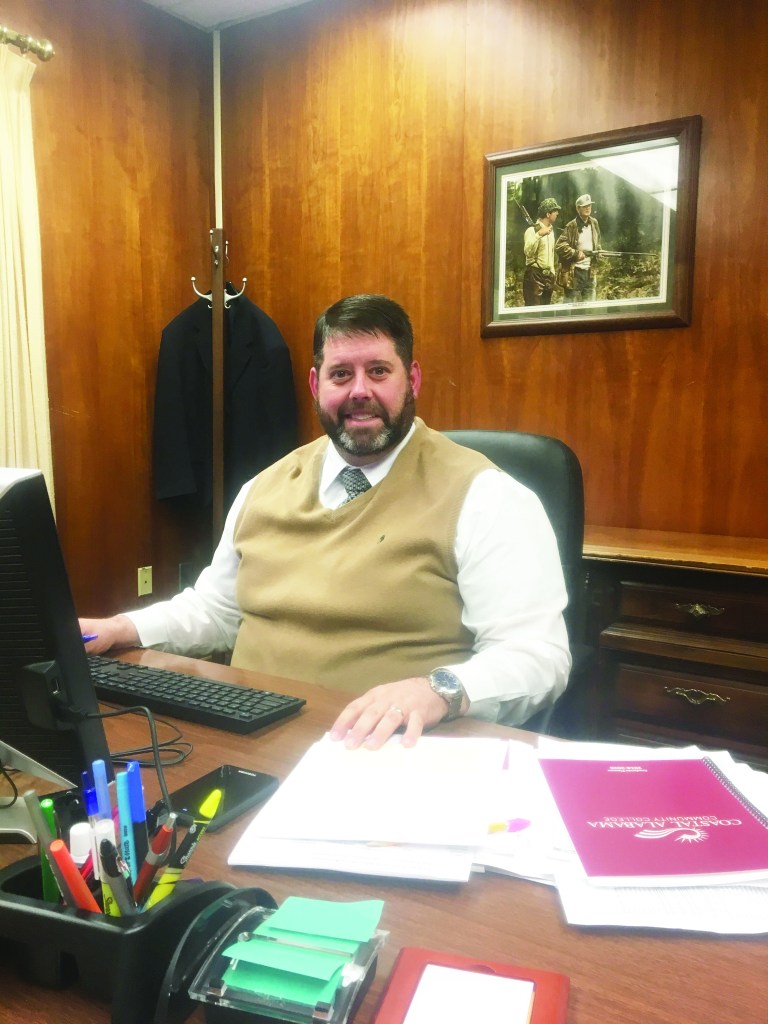 Not many people get the chance to come back home to a top position in his chosen profession, but Dennis Fuqua has done just that.

Fuqua is now the Brewton Campus Director for Coastal Alabama Community College, making him the top man on the campus in Alco.

“I feel like it’s an opportunity for me to better serve the community that has been good to my family. I look forward to making the Brewton campus a better place for all the students,” he said.

“I am excited to have been given this opportunity,” Fuqua said.

“I look forward to making the Brewton campus a better place for our students. I want to try to see students to make sure they are having a positive experience as well as the staff at CACC. I want to meet with the local high school principals and let them know what we have available for those students who live closer by, ”he added.  “I have attended one of the Warhawks’ games and plan to attend others and be involved with the things they do outside of the classroom. I want to do that for all of the sports at the school. I know that students are interested in extracurricular activities and we need to offer the things they will find interesting.

Public relations are an important part of what I do. We want to put a good face forward and draw in more students, and that is something that I will do. I do student support too. A lot of the students that attend Coastal Alabama Community College are the first generation in their family to attend college. I want them to know that my door is always open to them and any of their problems. That also applies to Dr. Craig Pouncey, the president, who is at the Bay Minette campus.”

Fuqua is a lifelong native of East Brewton and attended school in the county school system, graduating from W.S. Neal High School in 1996. He attended Jefferson Davis Community College in Brewton for a year, and then transferred to Auburn University.

He earned his bachelor’s degree in agricultural business and economics. He really didn’t know what he wanted to do with his life, so he went to work with a company that sold plants all over the country. After a while he went back to Auburn University and earned his master’s degree in education.

He got a job in Florida, as an Ag teacher where he worked for about two years.

“Then I was lucky enough to get a job at Flomaton High School,” he said.

I was able to work my way up to become assistant principal and then to Atmore as principal, and then to the Brewton Campus, where I am today.”

Fuqua said his grandmother, Jean Hoomes, who lives in The Meadows Assisted Living in Brewton was a very good cook when he was younger. He worked at the old Big Bear Super Foods grocery store and he went by his grandmother’s house to get some lunch. He sometimes wanted a plate to take back to a friend and she would gladly give it to him. As time went by, the number of plates was getting larger and larger and Hoomes had long ago figured out what he was doing. By then he was taking several plates a day back to his friends. His grandmother had long since figured out what he was doing.

She told of a time when she became a student at Jefferson Davis Community College. She needed another class on her schedule so she chose to take Karate and her grandson wanted to go with her. And off this grandmother went to school carrying not only her grandson, Dennis, but also her own son, Jimbo. Not everyone has been able to go to school with his grandmother and then have the chance to become the director of that school,