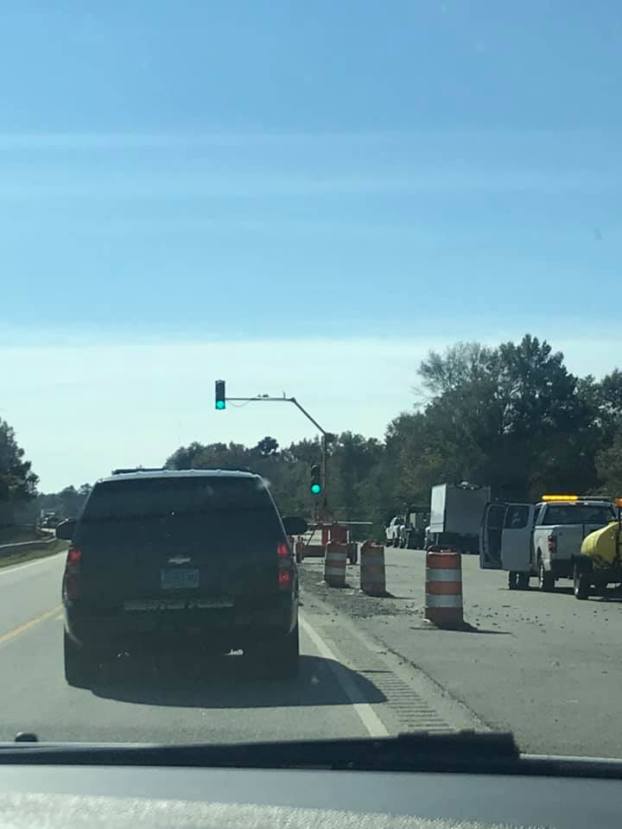 Above, construction in mid-Nov. took place on the bridge, reducing the road to one lane. Drivers are instructed to expect delays and plan around potential closures as crews work to finish the job. Standard photo/Barrett Edge

The old HWY 41 Conecuh Bridge is under repair.

According to Katelyn Turner, media and community relations officer for the Alabama Dept. of Transportation, the work will require the bridge to be closed from 9 a.m. until 2 p.m. tomorrow, Feb. 27.

“The closure will begin after the morning commuter traffic and then will open again to, at minimum, a single lane with an alternating direction traffic flow and a temporary traffic signal,” stated Turner.

With this mid-day closure, school bus traffic will not be affected. Turner advised all oversized, permitted loads to use an alternate route tonight and through tomorrow as the repair work is performed.

Message boards will be posted on Hwy-41 just off of US-31 and at the Florida line to alert drivers of these loads to use an alternate route.

As far as the new HWY 41 bridge, Tony Harris, government relations manager, reported last week that ALDOT remains involved in the process of active litigation related to the bridge’s completion. As of today, a timeframe for construction has not been released.

Along with this bridge closure, residents of the city of Brewton should expect traffic delays tomorrow as sewer surveys continue along Douglas Ave. from Blacksher to Granberry Streets. The road will be reduced to one lane until work is complete.

More information regarding all traffic delays will be shared as it is made available.

The Escambia County Commission met on Mon. morning for a second monthly meeting. During the meeting the commission approved an... read more