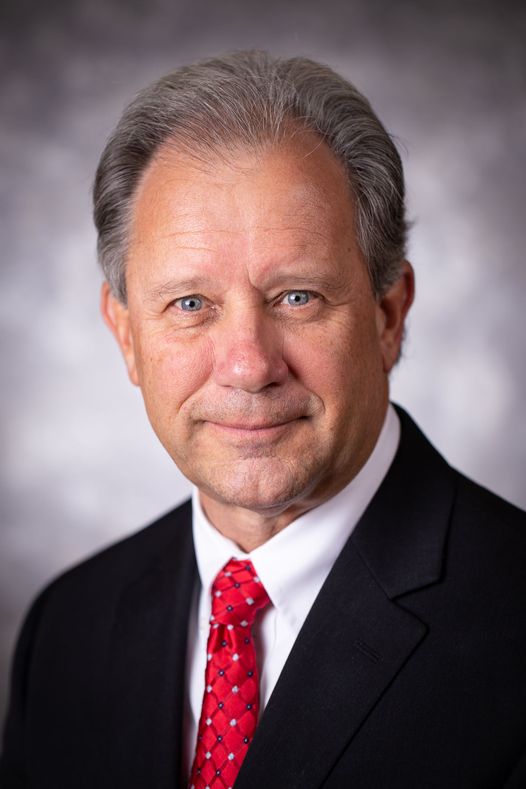 Editor’s Note: The following information was provided through social media and was the information presented at the Dec. 28, 2021 meeting of the Brewton City Council by the city’s Program Director Connie Baggett.

“Anytime a social media video catches your attention and tells the story of Brewton, its people, places, history or events unfolding in real time, chances are that footage came from the work of Steve Layton, our employee of the quarter.

Steve Layton is officially our public lands manager and representative for economic development—both roles he has mastered over the four and a half years with the city.

Layton moved to Brewton as a second grader when his family relocated here from Montgomery. His father managed the ATT microwave tower nearby that facilitated communication for the U.S. President traveling by air. As a kid, he watched the construction of the communications fortress on Alabama 41.

Layton graduated from T.R. Miller in 1975 and played tennis at then Jefferson Davis Junior College and earned an art scholarship. He finished at University of West Florida with a degree in studio art with a marketing minor. He went to work at T.R. Miller Mill Co. as a marketing/advertising rep. but soon helped lead sales as Hurricane Frederic recovery put a high demand on lumber. He quickly honed his skills as a hunting guide and wildlife photographer and stayed with the company for 16 years.

Next, he was a partner in an outdoors television program produced in various hunting/fishing locales and edited in downtown Mobile. He took the show from beta tape to digital images. He left the show and two weeks later accepted an offer to work for the City of Brewton.

“I started in August 2017, using cameras, drones and posting to social media platforms,” Layton said. “The idea was to capture the wonderful things about our city for residents but also to market us to an audience around the country. We reach markets from California to Connecticut and Minnesota to Texas. All those platforms used strategically helped get us Provalus, Frontier Technologies, multiple new retail businesses and restaurants. People started noticing. Video impacts us all, and we learned to tell a story quickly, engage viewers and get a message across.”

Layton said showcasing the city has been challenging but for different reasons than one would expect. He said there is always more material for video than anyone can get to. Deciding what to focus on next is sometimes difficult.

“We have plenty of things that aren’t typical for a city our size: wildlife parks, phenomenal Christmas decorations, parades with antique fire trucks, concerts every month and events that make memories. We’re different. Those videos help show that off. It holds a mirror to people who live here and a window to those who don’t—yet!

Layton is active in Delta Regional Authority Leadership for the Southeast, Escambia Industrial Development Board and has recently taken on duties in building code enforcement.

He and his wife Vivian are members at St. Stephens Episcopal Church. He has two daughters, Laura and Emily, and three grandchildren.