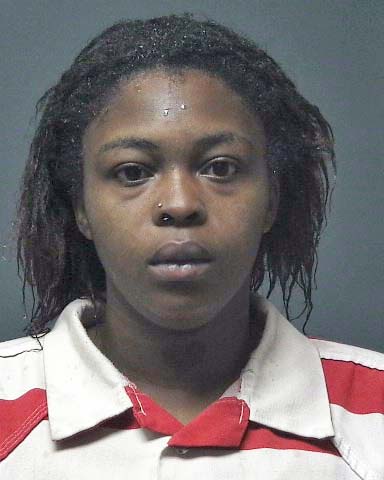 A Brewton woman remained behind bars as of press time Tuesday on a number of charges including attempted murder.
Mary Aniyah Delois Thomas, 20, of Brewton has been charged with attempted murder, reckless endangerment and discharging a firearm into a residence.
The incident that lead to the charges occurred on Fountain Avenue on July 27 according to court documents.
The incident is believed to have stemmed from an argument over believed stolen property.
According to court records, Thomas is believed to have driven to the home of the victim on Fountain Avenue where she began shooting a firearm into the home.
In the process of firing her weapon, Thomas did cause injury to the victim, who suffered from gunshot wounds to the leg and abdomen as a result of the shutting. The victim was taken to a local hospital for treatment. Her condition has not been revealed by law enforcement officials.
Records also indicate the weapon used in the incident was a 9 MM hand gun.
Thomas was booked into the Escambia County Detention Center on Friday, Aug. 4 and remains there on a $200,000 bond.
If Thomas is able to make bond for release from jail, she has been ordered not to have any contact with the victim in the case.
Repeated attempts for additional information from the Brewton Police Department, the arresting agency in the case, have been unsuccessful.