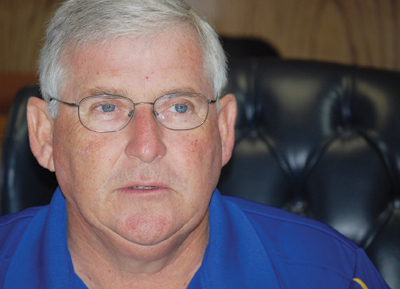 Ellis was a longtime agriculture teacher at W.S. Neal before becoming principal. In 2009, he was inducted into the Alabama Future Farmers Association’s Wall of Honor, which at the time he called a “high point” in his career.

Shortly after that honor, he was diagnosed with multiple myeloma, but continued working through the summer and fall despite treatment. He spent much of the winter hospitalized but returned home and was welcomed with open arms at W.S. Neal’s graduation ceremony in May.

Ellis was married to Brewton Elementary School Principal Saundra Ellis, and the couple have two daughters.

Funeral arrangements have not been announced but will be handled by Williams Memorial Funeral Home.