Brewton’s District 5 Little League 10- and 11-year-old All Stars, after having to not play a district tournament, will begin their state tournament games today in Sheffield.

If Brewton loses their first game Saturday, they will play the winner of the District 7 champion/ Huntsville Eastern vs. District 3 champion (first round bye) loser at 7:30 p.m. Monday in an elimination game.

Both girl’s teams were also able to go straight to the tournament in Phenix City that begins today.

Will Ruzic will serve as manager and Terry Reiss will be the coach.

Todd Pollitte will serve as manager with Donna Holmes and Phillip Day as coaches.

East Brewton softball team rosters were not known as of press time. 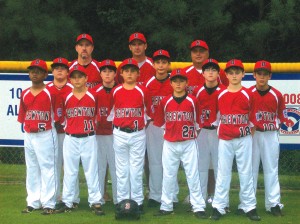