Brewton will be in Pool B with Etowah, Opp, South Bibb, and Satsuma. Pool A will see Childersburg, Bay Minette, Tallassee, Covington County and Grand Bay.

In the best two-of-three game series between the Brewton 15-year-old Babe Ruth All Stars and Monroe County in the district tournament in Brewton, Brewton made sure there would not be a third game as they routed Monroe County’s all stars 13-3 and 19-8 to claim the district championship earlier this month. 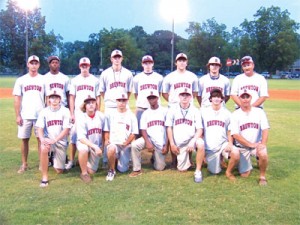 Adam Robinson | The Brrewton Standard The Brewton Babe Ruth 15-year-old team will begin their state tournament today in Satsuma at 4:30 p.m. against South Bibb. The team will have one game each day until Tuesday and will be in pool B.

Ed Leigh McMillan knows he was “born to be in the timber business.” “I come from a long line of... read more