After grueling summer workouts, camps, 7-on-7 scrimmages along with other events and just the excitement to start a new season, both T.R. Miller and W.S. Neal began their first official football practices for the 2010 season Monday morning at 8 a.m.

“First off I think the kids were excited to get started,” Jordan said. “As coaches, we were too. The kids are real excited about it. But we had a good summer and I gave them a few days off leading up to this and you can kind of tell it today. We have some guys that I think that sat around and did nothing for four or five days.

“Which you want them to have a few days off before you start to just get their legs under them and that sort of thing, but we have a little work to do as far as getting into better shape. But overall, it was pretty good.”

Jordan said he had right around 50 players Monday morning for the first day of practice.

“There are a few not here that I know where they are, but that is about what we expected to make it through the summer,” Jordan said. “We are actually doing three-a-days Monday and Tuesday and then we start school on Wednesday and will go to our normal routine afternoon practices then. The first three days are in shorts and helmets and then we will go in pads on Thursday.”

T.R. Miller Tiger head football coach is entering his 22nd season as head coach of the Tigers and 25th overall.

“I had around 70-something players out here today,” Riggs said. “Today was OK. It was just hot and humid. We kind of gave into the heat today. So hopefully we will do a little better but it was OK.

“We have a long time. It is only Aug. 2 and we don’t play until three and a half weeks, so we have got a little time to get some things done.”

Riggs and the Tigers practiced at 8 a.m. Monday and also practiced Tuesday at 8 a.m. followed by a 5 p.m. practices starting Wednesday due to teacher’s meetings for the first day of school.

“The bad thing about going in the afternoons is all the thunderstorms,” Riggs said. “You spend all your time trying to dodge thunderstorms. The humidity is pretty tough in the evenings also. The heat is not quiet as bad sometimes, just the humidity is.”

The Eagles will take on the Opp Bobcats in a preseason Kickoff Classic at home on Friday, Aug. 20.

W.S. Neal will have their season opener, set for Aug. 26, when they travel to take on 2A Flomaton on a Thursday night game.

Following their opener against Flomaton, W.S. Neal will then have two home games against region opponents UMS-Wright and Jackson.

In week six, W.S. Neal will travel to Monroe County and then follow with two home games against B.C. Rain and Thomasville before ending region play with a road game against Saraland.

Saraland will be playing their first year of football this season.

In week 10, W.S. Neal will travel to T.R. Miller for the annual Battle of Murder Creek.

Three of W.S. Neal’s region opponents were ranked in the top-three of the class 4A preseason poll that came out on Sunday.

Following a road trip in week one, the Tigers will take to the road in week two when they travel to take on the Bayside Academy Admirals.

In week five, the Tigers will take on Andalusia in a road game for a non-region game and will follow that with a road trip to Clarke County.

Following the Clarke County game, the Tigers will take on Washington County at home, Trinity on the road.

In week nine, Montgomery Catholic will come to Brewton for the Tigers homecoming game before ending the season with a home game against arch rival W.S. Neal. 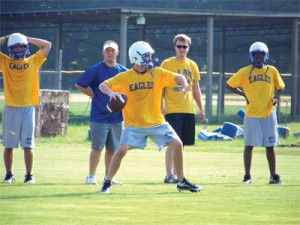 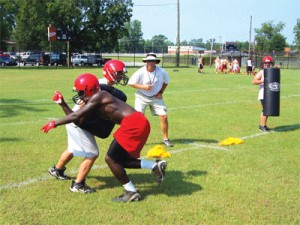