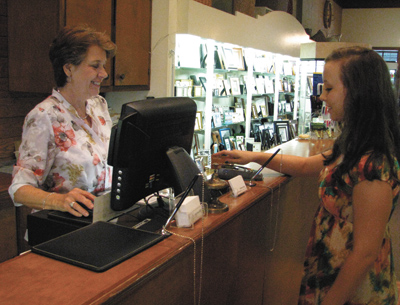 City officials in Brewton and East Brewton continue to battle against losses in tax revenues as the economy struggles to turn around.

East Brewton Mayor Terry Clark said tax revenues in the city have dropped by about $15,000 or 3 percent so far this fiscal year — a hard hit for a small city.

“That may not seem like a lot to some folks but for us that’s a pretty tough hit,” Clark said. “Because of that loss, we’re keeping things tight for the next two and a half months.”

“Our sales tax revenues are down by about 6 percent,” Angel said. “That means that all of our big ticket items have been put on a wish list. We won’t be making any purchases of equipment any time soon.”

Although the struggling economy can be blamed for a decline in sales throughout Brewton and East Brewton, BP may be indirectly responsible for some of the woes seen in East Brewton’s revenues.

“Our seafood shop had to close because they couldn’t get seafood,” Clark said. “That will cost the city between $7,000 and $12,000 this year. Their sales were seasonal so the taxes they generated fluctuated from month to month. But, when we lost them, we probably lost some other sales tax opportunities as well.”

Clark said buyers who shopped at the East Brewton Seafood location possibly did a little shopping at other retail outlets in the city while in East Brewton.

“Those folks may have stopped in at the Kangaroo or Superfoods while they were in East Brewton,” Clark said. “You just never know how far reaching a store closing can be. It’s been tough and it’s going to be tough.”

The top revenue generators for East Brewton seem to be steady, Clark said, giving the city hope that revenue will stablize and begin to improve.

In Brewton, top remitters are also steady with sales keeping the city in a somewhat stable spot, Angel said.

“Our top 35 remitters are jockeying for position,” Angel said. “That means everyone is pretty much staying where they are as far as sales. Those retailers are keeping pace as best as they can.”

Angel did say the loss of Winn-Dixie hasn’t been as tough on the city’s revenues and the addition of a new business may be helping to offset those losses.

“When Winn-Dixie closed we expected to take a hit,” Angel said. “They were among our top five remitters. But, we didn’t take as big a punch as we thought we would with that loss. We can assume that the revenue they generated just transferred to other locations in the city. Also, we had the opening of Whataburger. I think maybe people opened up their wallets a little more and could be spending just a little more. That would account for taking some of the bite out of the loss of Winn-Dixie.”

Clark said the result of revenue losses will be to keep a tight belt on expenses in order to keep personnel working.

“We can’t buy anything right now and everything else is put on hold,” Clark said. “We have cut out all overtime for now. We just need to make payroll.”

Angel said the wish list in Brewton will continue to grow as expenses are kept as low as possible for the remainder of the fiscal year.

“Any purchases of vehicles, computers, tractors or other big-ticket items will stay on our wish list for now,” Angel said. “Things like new flooring at the fire department and carpeting in offices at city hall will just have to wait. Right now, our focus is on operations and maintenance.”

In response to losses in sales tax revenues, Brewton City officials have decided not to participate in the annual back-to-school sales tax holiday usually observed in early August. East Brewton officials have not made a decision on participation in that holiday.