Eagle head coach Kevin Jordan, who will star as princess Jordan in the pageant and be joined by other namesakes as Delicious Davis and Tootie Fruitie Grantham, said the pageant will be held just to raise money for the club.

“The pageant is to help raise money for the Quarterback Club,” Jordan said. “Approximately 10 contestants will participate in the pageant with four or five of them being football players, myself, athletic trainer Antonio Davis, and Quarterback Club president James Grantham being in it as well. There will also be one or two coaches and one faculty member from the school who is not a coach in it.”

Jordan said tickets can be purchased at the school’s main office or from a Quarterback Club member or president Grantham.

“We would love to have a big crowd,” Jordan said. “It is going to be a big show with an intermission. The cheerleaders will perform at intermission and there will be other acts as well. Pictures can be taken with the winning ‘women’ as well. We will have winners, judges, lots of good music and skits to go along with the pageant.”

Tickets to the pageant are $3 before the event and $5 at the door. 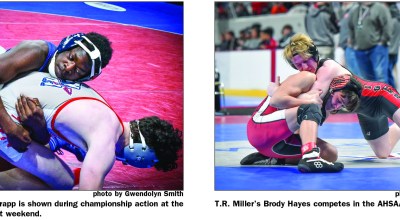