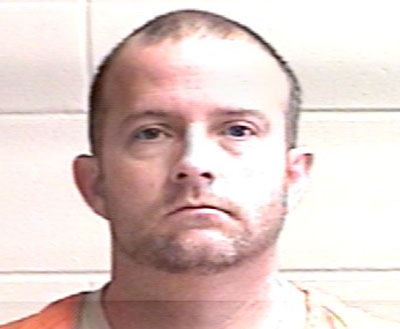 The arrest of a former East Brewton police officer may be the final piece to the puzzle in closing the case on the March burglary of the Fred’s pharmacy.

Matthew Kirk, 36, of 118 Duncan Street in East Brewton and a former lieutenant with the EBPD was arrested Tuesday after the grand jury indicted him this month for two counts of burglary, third degree; one count of theft of property, second degree and one count of an ethics violation.

Kirk was arrested at his home after his brother, 30-year-old Jason Kirk, named him as an accomplice during his confession to the burglary, Escambia County Sheriff’s Office Lt. Adam Johnson said. Jason Kirk was arrested April 9 at an Extended Stay Hotel in Pensacola, Fla.

“Lt. (Greg) Forbes and I interviewed Jason Kirk after his arrest in Florida and he confessed to the burglary of Fred’s,” Johnson said. “He also indicated that his brother was the only officer on duty in East Brewton at the time of the burglary and that he assisted him with the burglary.”

According to Johnson, the ECSO used a confidential informant to purchase narcotics from Jason Kirk in Brewton on April 8. While purchasing the narcotics, Jason Kirk told the informant that he had several hundred Xanax, but he didn’t have them on him and that he wanted to set up a meeting for a later date.

“Myself and Lt. Forbes knew that on March 23 Fred’s pharmacy in East Brewton had been burglarized and we felt that the large quantity of pills came from that burglary,” Johnson said.

According to Johnson, Jason Kirk told the informant that the pills were in an Extended Stay Hotel in Florida.

“Lt. Forbes and I contacted the Escambia County, Fla. Narcotics Division and they used our informant to purchase 100 Xanax from Jason Kirk,” Johnson said.

A search warrant conducted at Jason Kirk’s hotel room resulted in the discovery of a Sentry safe-style lock box containing numerous plastic bags. The bags in the box were reported to contain large quantities of prescription narcotics. Included in the description of drugs found in the box were Xanax, Oxycodone, Methadone, Morphine Sulfate and Hydrocodone, according to previous reports.

The reports also stated that one of the bags found containing Hydrocodone weighed in excess of 200 grams. Additional information such as notebooks were also located and discovered to contain sales and inventory figures for the illicit narcotics. Jason Kirk was in possession of the key to the lockbox at the time of the search. The reporting officer stated in the report that Jason Kirk made post-Miranda statements admitting ownership of the narcotics.

Jason Kirk, whose last known address was 42 Pennie Lane in Brewton, is currently incarcerated in the Escambia County, Fla. Detention Center in Pensacola, Fla. facing multiple narcotics charges including trafficking drugs. During questioning by Lt. Johnson and Lt. Forbes, he tipped them off to his brother, who resigned from the East Brewton Police Department in April when he found out he was being investigated.

Once released from Florida, Jason Kirk will be extradited to face charges in Escambia County, Ala., according to Johnson.

Matthew Kirk is currently being held at the Escambia County Detention Center in Brewton on a $100,000 bond.