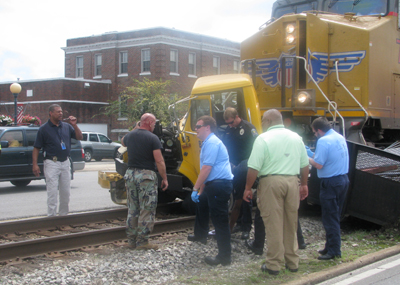 The driver of a flatbed truck was injured Monday when he was hit by a CSX train while trying to cross the tracks at Mildred Street.

Traffic is still stopped downtown and was expected to be tied up for a couple of hours.

The driver was not seriously injured and was walking around on the scene.

For a gallery of photos from the wreck, click here.