Members of the Brewton Fire Department returned to the scene of an early morning fire this afternoon.

The home on Gowan Avenue was reported to be 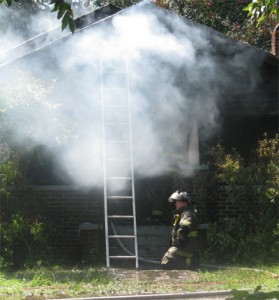 burning this morning sending firefighters to the scene before 8 a.m. A second trip became necessary around 2 p.m. this afternoon when smoke was seen coming from the home.

According to officials the home is a vacant home with no electrical power, gas or water available at the home. The actual cause of the blaze remains under investigation.