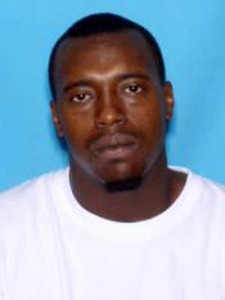 Brewton Police are asking for help in apprehending a man wanted on numerous charges.

Andre Dewayne Campbell of 913 Lovelace Ave., was the driver of a vehicle involved in a traffic stop Friday afternoon.

According to Sgt. Bryan Davis with the Narcotics Division of the Brewton Police Department, Campbell was identified after a 1:15 p.m. traffic stop performed by Cpl. Andrew Casey with the division.

At the time of the traffic stop, two unidentified black males fled from the vehicle on foot. An additional suspect also fled the scene. K-9 officers with Century, Fla., and Atmore correctional facilities were called to the scene to assist in the search for the subjects who fled the scene.

Anyone with information on the whereabouts of Campbell or others involved in the incident is asked to contact the Brewton Police Department at 867-3212.