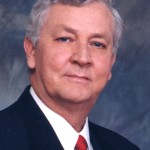 White, a Pollard native, served in Alabama House District 66 for 24 years, from 1982-2006. Two bridges over Big Escambia Creek in Escambia County are named for him.

White had also served as a firefighter and was a councilman in Pollard before he was elected to the Legislature.

Brewton lawyer and former district attorney Mike Godwin said White was a friend to the court system when he was a legislator.

“Skippy was a good friend, interested in law,” Godwin said. “He was helpful to us in the law profession. He helped to abolish the position of constable and divert that money to other uses. Most importantly he helped to abolish the office of coroner. Anybody can be a coroner, but we are one of only four counties in the state to use a medical doctor as a medical examiner. We asked him to do it, and he came through for us. He also helped to pass the act for pretrial diversion, which became the model for the state. There are many other things that I could think of, but those are just a few. Skippy will be missed.”