Dawkins made career of Army 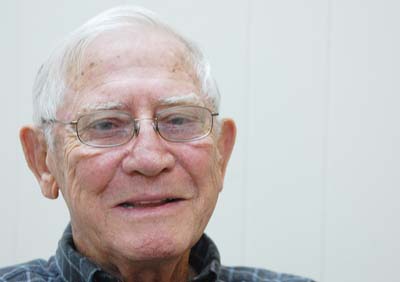 Donald Dawkins jokes that he had just a quarter in his pocket when he left Brewton to join the Army in 1952.

Two decades later, the W.S. Neal graduate had a lifetime of experience behind him — including service in two wars, and two tours of duty in Vietnam.

His life after the Army included a 17-year stint at Jefferson Davis Community College. Now, he said, “most people don’t even know I was in the Army.”

But that earlier career saw Dawkins on the front lines of history, as a soldier, a weapons consultant and as one of the last combat troops to leave Vietnam.

Dawkins was just one month past graduation at W.S. Neal when he decided to leave the family farm to join the Army. Those were the days before the container mill and other companies located in Brewton, so he was looking for an opportunity.

“There was nothing in Brewton,” he said. “All of the paper mills were not in Brewton at the time. I had one quarter in my pocket when I left to join the Army.”

Dawkins went to Korea after he completed basic training, where he was a machine gunner in the 3rd Infantry Division.

When he returned home from the war, Dawkins spent time in a number of Army outposts before going to Alaska in 1957, driving there from Brewton with his young family.

“I did glacier training and mountain climbing training for three years,” he said.

He came back to the South to become an instructor at Fort Benning in Georgia, until it was time to go to war again.

In 1967, Dawkins was assigned to the 196th Line Infantry Brigade in Vietnam as a platoon sergeant.

Dawkins’ experience in Vietnam and in previous combat led to his next assignment.

After he returned home after his tour, Dawkins was assigned to Redstone Arsenal as an adviser on developing anti-tank missiles.

“I wasn’t an engineer, but I told them what it would be like when the troops handled it,” he said.

Four years after his first tour, Dawkins returned to Vietnam, this time with the 101st Air Mobile Battalion. That unit came home in June 1972, but Dawkins stayed as a member of a task force that would oversee the exit of combat troops from the country.

“I was in the last company to pull the combat operations out,” he said.

Earlier this year, Dawkins was able to reflect on his experience in Vietnam as the last combat troops began to leave Iraq.

When he returned to Alabama after the war, Dawkins took the opportunity to retire from the Army. His wife, Linniesteen, had been taking nursing classes and wanted to stay in Brewton.

Dawkins said he has always credited his wife with raising their family while he was serving in combat.

“She had a hard time,” he said. “I’ve always complimented her for it.”