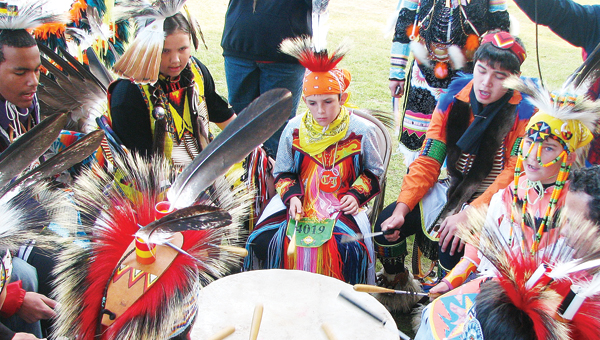 A gathering to celebrate the culture and closeness of Native Americans is planned as the Poarch Band of Creek Indians hosts the 40th annual Thanksgiving Pow Wow.

Buford Rolin, chairman of the Atmore tribe, said the anniversary affair will be as much of a homecoming as it is a celebration of the holiday and the Indian culture.

“This event that began in 1970 was originally called a homecoming,” Rolin said. “Over the years many of us had gotten involved in the Pow Wow circuit and decided to make this the Thanksgiving Pow Wow.”

“We have groups of people that come from all over the country,” Rolin said. “When we began this we only expected to have members of our community come for the event. We started members of our extended community coming from Pensacola, Mobile and all over the country. We’ve had people who come to the Pow Wow from California and Washington State. It has certainly grown over the years to include a lot of Tribal family members.”

Rolin said dance competitions originally held on the mound at the Tribal grounds have been moved to the arena area to increase visibility.

“We have seen such an increase in the number of dancers who compete in our contests each year,” Rolin said. “Because we wanted as many people as possible to be able to view the dancers, we moved that activity to the arena area on the grounds. We have even set up bleachers so that the competition is visible to as many people as possible. Having that activity near the roadway also allows those coming into the grounds to see where the activity is happening.”

Along with contests and activities, Rolin said those who want to do a little shopping will also have that opportunity.

For those worried about the Thanksgiving meal, Rolin said area churches are already making plans to ensure traditional foods are available for the holiday.

“We have churches in our community that do a lot of cooking to prepare food for the Pow Wow,” Rolin said. “We make sure that we have traditional Thanksgiving foods available for those looking for their meal. We also know there are people that don’t really like turkey, so we make sure there are other items available. You’ll find hot dogs on the menu right along with Turkey and roasted corn.”

The roasted corn has become somewhat a tradition of its own, Rolin said.

“We have a lot of people who say they come to the Pow Wow to make sure they get a little roasted corn,” Rolin said. “When we added the traditional roasted corn to our menu it became a hit right away. We still see people eating corn at the event and even stopping to pick up more of the corn to take with them as they leave.”

For more details on Pow Wow activities, contests and events, visit the Poarch Band of Creek Indians website at www.poarchcreekindians.org or call the Tribal offices at 368-9136.