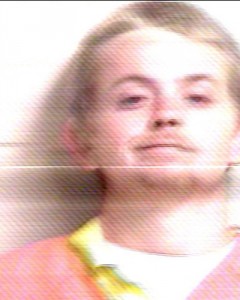 An alert East Brewton Police officer put a Brewton man behind bars on a variety of drug charges Saturday night.
Dennis Wade Maddox Jr., 22, was charged with possession of a controlled substance, possession of drug parahernalia and possession of marijuana, second degree following a traffic stop along Shoffner Street in East Brewton.
Officer Chris Neal made the initial traffic stop that resulted in the arrest of Maddox. Due to the nature of the stop, Neal said he requested back up from an additional officer in this case.
“On my initial approach to the vehicle I observed an open container of alcohol in the center console of the vehicle,” Neal said. “I returned to my vehicle and requested a backup unit due to the fact that there were four individuals inside the vehicle and the possibility of alcohol involved.”
Neal said each of the four occupants was questioned with suspicion rising when one occupant retrieved identification.
“When I requested i.d., the suspect leaned up to retrieve it and I observed a pill bottle under his right leg,” Neal said. “I took the bottle and found hydrocodone tables bagged up inside the bottle. At that point, I asked Mr. Maddox to step out of the vehicle. When he started out of the vehicle I noticed he was trying to conceal a plastic bag in his hand, which contained a single blue pill. The pill was identified as Xanax.”
Neal said Maddox was placed in handcuffed and placed under arrest for the possession of the drugs.
“We performed a pat-down of Mr. Maddox and discovered he had marijuana inside his shoes,” Neal said. “At that point we transported Maddox to the Escambia County Detention Center where he was booked on the charges.”
Chief Kenny Brazile said the arrest came after four individuals were questioned during the traffic stop.
“Officers Chris Neal and Andy Miles reacted appropriately as they performed the traffic stop and made the arrest,” Brazile said. “This kind of activity in East Brewton is not going to be tolerated. Our officers have been in training and will continue training to learn the skills needed to make the streets of East Brewton safer for our residents and visitors.”