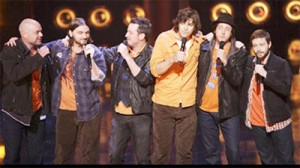 Friends and family gathered at the Alabama Wing House in Atmore rooting on the six-person ensemble, which Lottie native Adam Chance Ray is a member, as it aired from Los Angeles on NBC. His parents, Glenn and Kristi Ray, were in California to watch their son perform live.

The Nashville-based group wowed viewers and the judges with their a cappella version of Cold Play’s “Fix You,” and host Nick Lachey described the group as having “Southern Charm,” but it was not enough as Committed, a gospel choir from Huntsville, claimed the title. With its win, Committed claimed the $100,000 prize and a Sony recording contract.