‘Thank You So Much’: Ten months after an accident nearly took his life, Jason McFadden finally met his ‘guardian angel’ 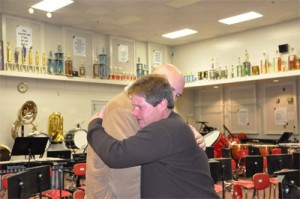 Gainous, left, and McFadden meet for the first time after accident