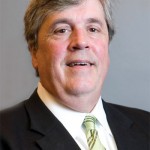 Jim Searcy is looking forward to helping the Coastal Gateway region — including Brewton and Escambia County — realize its potential for economic development.
Searcy, who serves as vice president of business and industry retention at the Birmingham Business Alliance, has been named executive director of the Coastal Gateway Regional Economic Development Alliance, EDA board members announced Thursday. CGEDA includes five counties, Escambia, Monroe, Conecuh, Clarke and Choctaw.
“We’re extremely pleased,” CGEDA chairman David Stokes said. “We got lucky with him. He was ready to run and be the head of his own organization. He is very familiar with the regionalism concept. He is exactly what we were looking for.”
Searcy said Thursday he is excited about the new position.
“I think I am most looking forward to the opportunity to see the potential that exists down there realized,” he said. “The board is very enthusiastic. They understand that economic development is more of a process than an event.”
The executive director reports to the CGEDA Board of Directors and is responsible for implementing programs for new business attraction, business retention and expansion and investor relations.
The director works closely with local economic developers, elected officials, chambers of commerce, and industrial boards across the five county region.
Before the 2009 merger of the Birmingham Regional Chamber of Commerce and the Birmingham Metropolitan Development Board into the BBA, Searcy served at the Metropolitan Development Board for 13 years as the vice president of marketing. Prior the Metropolitan Development Board, Searcy worked for the Alabama Development Office for seven years as a senior project manager.
“Jim brings over 20 years of economic development experience to the alliance,” said CGEDA vice chairman Dr. John Johnson. “Members of the CGEDA Board of Directors are extremely pleased at being able to attract one of the state’s top economic development officials.”
Searcy said he wants to talk face-to-face with local leaders and businesses to get their opinions on the challenges and opportunities the community faces from an economic development standpoint.
Searcy also said he wants to meet regularly with state project managers to promote the Coastal Gateway Region and continue efforts to raise the region’s profile with the Alabama Development Office and other state agencies that have both a direct and indirect impact on economic development efforts
Searcy has a Bachelors Degree in Public Administration from Auburn University and a Masters Degree in Public Administration from Auburn University Montgomery.
Searcy said he plans to relocate to the Coastal Gateway region in January 2011. His wife, Lesley, and son, Sam, 12, will move to the region in the summer of 2011.